Adults $10 each, Children under 18 $5 each, Please bring a dish to pass, NODC will provide hamburgers, hot dogs, soft drinks, water

Also, please bring a donation for our ongoing support of the Oxford/Orion FISH Food Pantry 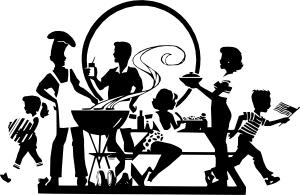 This convention is for the purposes of electing Members and Alternates of State Convention Committees, to debate and adopt resolutions for the state party’s consideration, and to consider any other business properly brought before the convention body.

Registration to begin at 9:00 a.m. and will continue until the Credential Report is accepted, thereby closing off additional registrations.

To ensure voting eligibility, Delegates should be in line to register no later than 10:00 a.m.

Please RSVP your attendance to
9thDistrictChair@gmail.com or here on Facebook

The 9th District is entitled to two Members (one male and one female) and two Alternates (one male and one female) on each of the following committees: Credentials, Rules, and Platform & Resolutions. In order to be elected to a Convention Committee, a person must be member of the Michigan Democratic Party at least thirty (30) days prior to August 27, or by July 29, 2016. 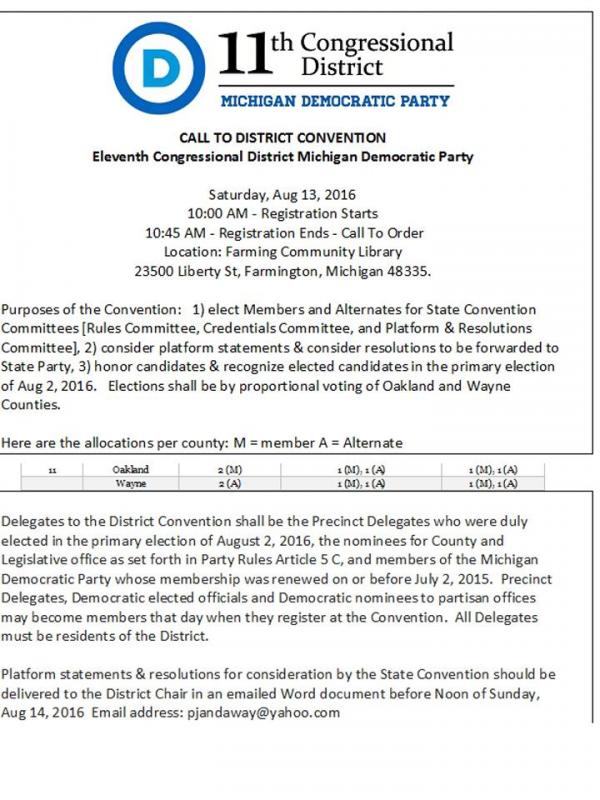 The North Oakland Democratic Club plans to participate in the Lone Ranger Parade in Oxford, Saturday August 6 11:00 a.m. We will meet at the Oxford Marketplace, 208 S Washington, Oxford, MI 48071 at 10:00 a.m.

The parade will end at the Oxford Fire Dept., north end of town just past the bridge (Church St).  The parade route is less than 1 mile.

The NODC will be there to support our countywide candidates and, our congressional, and Presidential candidate.

The Oakland 8th District Convention will be held at the Orion Township Public Library, Meeting Room B, 825 Joslyn Rd, Lake Orion, MI 48362 from 10:30 am until Noon

The purpose of the MDP Congressional District Conventions are to elect people to the following Michigan Democratic Party Convention Committees:  Rules, Credentials, and Platform.  Any Resolutions prepared in advance can be submitted and approved resolutions will be forwarded to the MDP.  New business, good and welfare and short November 8 candidate presentations are welcome.

The first debate will consist of six 15-minute segments selected by the moderator and announced ahead of the debate.

For more information or to RSVP, please contact: Kevin Kresch at 248-953-1050 or lisa4countyclerk@gmail.com

The FFHDC will be marching in the Farmington Founders Day Parade on Saturday, July 16! Club t-shirts will be available. Call Gillian Talwar at (248) 254-3749.

Join State Representative Jeremy Moss for a summer fundraiser in Southfield to support the launch of MOSS PAC!

No contribution will be turned away!